Dale Street and the buildings nearby have always drawn me into Liverpool to explore. Whilst rounding up many of the Manchester towers I have always had a soft spot for those in the scouse area code.The first tower we explored in this area in 2009 was on the Royal Insurance Building with its huge gold dome and large laddered chimney stacks that you could perch on top of. Luckily five years on I managed to grab a couple of photos both in and out of the dome before renovation into a hotel. 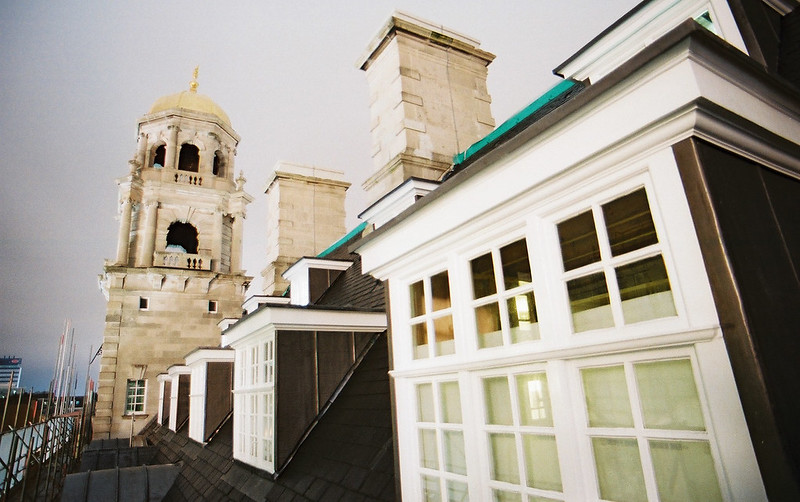 Just a stones throw away is the Prudential Assurance Building, its Victorian gothic style and notable red brick and terracotta has always made the place stand out in the street and to myself. Getting up (All AC units and window bars) proved difficult but once reaching the tower we found a leisurely entrance, weak eh. 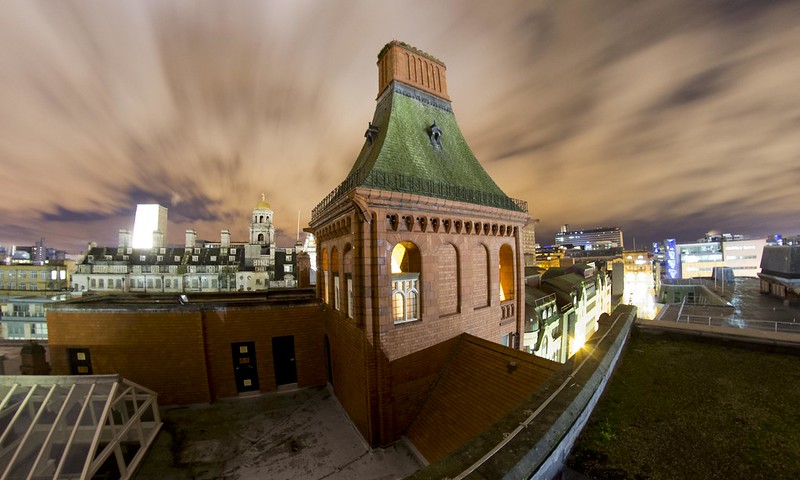 These two bring me on to the townhall, not a new explore for myself, a couple of photographs on the lower rooftop covered my fix in 2011. Work has been taking place here for the past six months so it was about time I poked my head in.This is the third townhall on this site, finished in 1754 but rebuilt and extended up until 1820. With Liverpool playing a major part in the slave trade the railings at the bottom show elephants and pineapples.We managed to check out ‘little ben’ the clock & bell mechanism that didn’t chime for 90 years after being dismantled in 1919, luckily some fellas sorted it in 2009 and it works once more. Minerva sits up top keeping an eye on things, whilst the queen is in a massive painting situated at the top of the main stairs inside.I met up with the rooftop regulars on this one; Sui and Aos so shouts go out to them. All the townhall photos were snapped on Kodak Gold 200.